Soil is sacred in Madagascar. 78% of its population lives directly off the land, and – even more importantly – there are eternal bonds that tie the living to the dust of the dead. FOTAKA is therefore both central character and title of our film. FOTAKA means “mud” in Malagasy.

FOTAKA takes audiences to a vast valley of farmed land, located outside Madagascar’s capital city, Antananarivo. Here modernity and tradition co-exist as antagonistic forces. The region also supplies Antananarivo with its nutritional basis – rice – and its most important building material: the mud-brick. FOTAKA adopts the point of view of the mud, telling a story grounded in the repetitive mode of seasonal work. In contrast to existing stories about Madagascar – most famously perhaps, DreamWorks’ animation film – FOTAKA deconstructs neocolonial narrations portraying the island “as a friendly paradise”. FOTAKA reveals a cinematographic world of experience that unravels based on extensive field research and a close collaboration with our Malagasy partners. We aspire to achieve a hybrid form of storytelling, in which stunning voiceover narration and short animated interventions celebrate, enrich and embellish the language of observational documentary filmmaking.

FOTAKA tells the story of an ever-transforming valley in three seasonal cycles. During the dry season, the extraction of clay, the process of mud-brick making and the burning of the bricks shape the daily rhythms of life, and drastically alter the appearance of the valley. Holes are dug into the ground, production sites appear out of nowhere, and furnaces are scattered across the fields. Simultaneously, FOTAKA follows an enigmatic rumour: The government plans to evict all inhabitants of the region and turn the fields into a city. The rumour will become threateningly real, before it ebbs away again – not without leaving behind any fears of the future.

During the rain season, seeded rice grows at the pace of the rising water. Weeding and dam building goes hand in hand with selling the bricks from the previous season. When the harvest starts, men and women move through the flooded fields and cut the rice stalks with sickles. Immediately thereafter, the fields are left to dry, and a new brick season begins.

FOTAKA lends its central character – the mud – a female voice. She comments on the restlessness of humans, their digging, ploughing and drilling, their fear of death. A second voiceover is a chorus of elders. Borrowing from ancient Greek tragedy, the chorus serves to orient the audience throughout the film and to bridge the gap between the living and the dead. Finally, we have Tahina and his family. Tahina, who builds and sells bricks for his patron, bridges the cycles of seasons with his vibrant, yet silent presence, and through the skill of his work. But Tahina has a challenge to face. He has been assigned to deliver bricks to the city and has never even sat behind a steering wheel! Will his attempt to drive his patron’s brand new truck go smoothly? 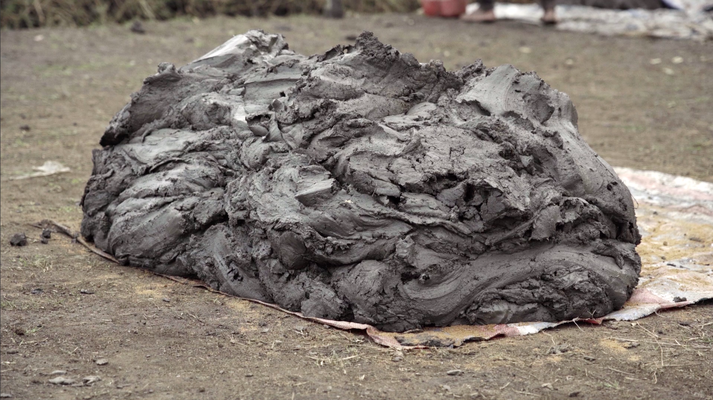 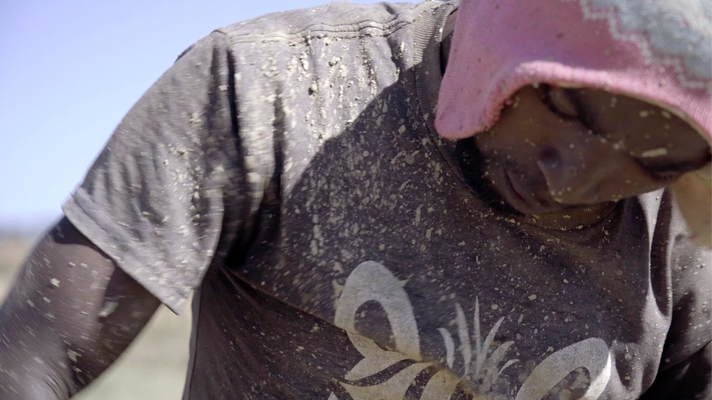 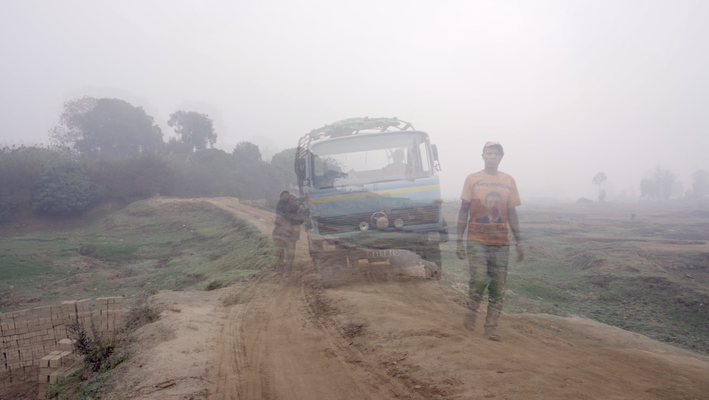